Where to Download Mobdro for Android, PC, Kodi, iOS, Chromecast & Mac – Mobdro is an Android-only app designed to search the entire internet for free streaming videos. If you enjoy watching streaming movies, TV series and movies for free then Mobdro is for you.

By now you may have the Mobdro app installed on your devices. You are enjoying free streaming of movies, TV series, videos, and other multimedia contents on your gadgets. Mobdro scours the net all over the globe for free streaming content. It also has lots of TV channels from all over the world in many different languages. 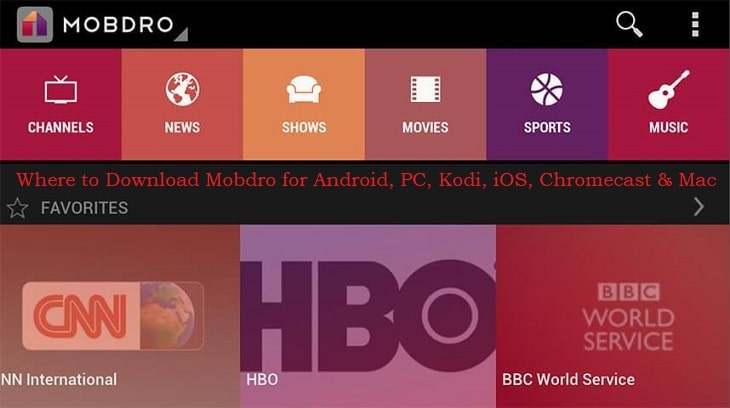 How to check Mobdro version installed on your gadget

Step 1. Open the Mobdro app on your device.

Step 2. Click the three horizontal lines in the upper left hand corner of the main screen.

Step 3. A new screen will slide from the left (see below). 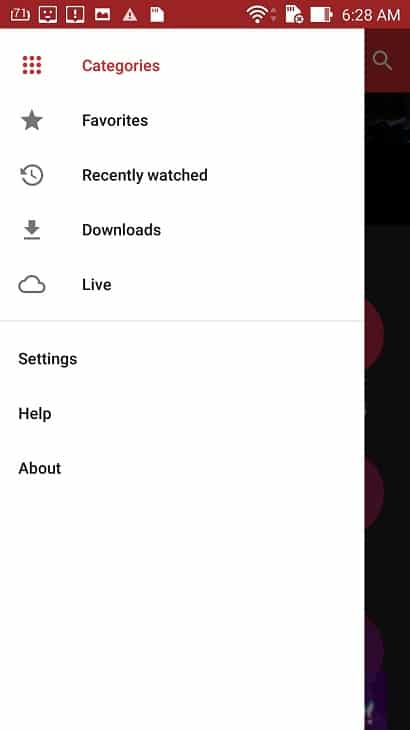 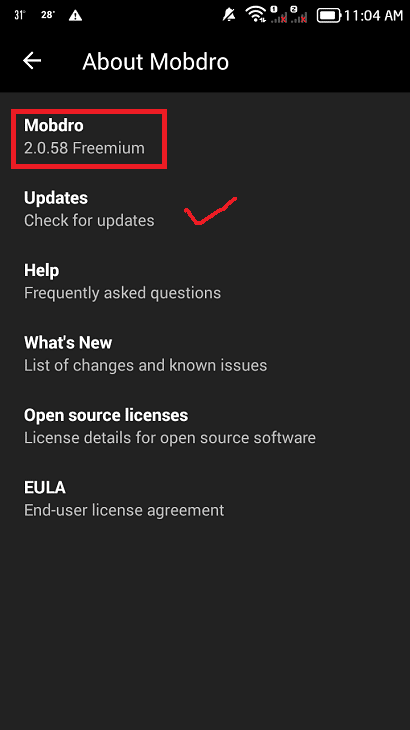 Step 5. You can also check for updates on this screen if you want to. Make sure you are connected to the internet.

When users installed Mobdro version 2.0.56, they complained that they could hear the sound but cannot watch the video on their respective devices. This was not an isolated case as people from around the world had similar complaints.

All Mobdro users were angry because of this. Solutions to the problem were hot on Google searches. Users were advised to downgrade to a “lower” or previous version of the app to fix this problem. 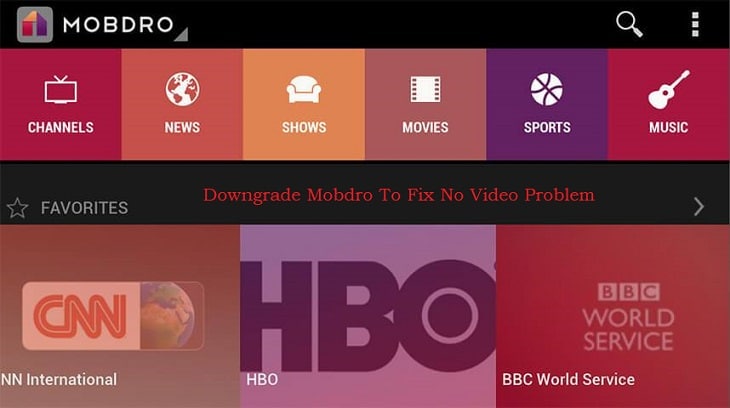 Mobdro is a very interesting and useful app for streaming online content. Those who do not have Mobdro installed on the devices want to know where to download mobdro. Mobdro is not available in the Apple AppStore and Google PlayStore. You may find apps named “Mobdro” in both stores but they are “fake” apps. These apps do not have the functionality of the “original” Mobdro app. Do not install these apps because they may contain malware or viruses that could harm you devices.

The best site to download Mobdro is here. As mentioned before, Mobdro was created for the Android operating system. Therefore, you will get an “apk” file when you download the Mobdro file. You can check out this link or this one if you need other (previous) versions of the app.

You can then “sideload” the apk file to your device to install it.

Install Mobdro on Android and other Devices

Step 1. Enable “Unknown Sources” on your Android gadget. You can do this by going to “Settings“>”Security” then scroll down to “Unknown Sources“. Tap then toggle the switch to enable it.

Step 3. Tap on the file after the download completes to start Mobdro installation.

Step 4. You will see the Mobdro “icon” on one of your screens or the app drawer after installation. Tap on the it to launch Mobdro.

You can watch the video below to see how the process is done.

We already have a guide on installing the Mobdro app on other devices like the PC/laptop, Kodi and Chromecast. You can check out the guide by clicking on this link.

You will need an Android emulator for the PC or the Mac to be able to run Mobdro on these devices. Those who own an Apple device like iPhones, iPads and iPods still have to wait for the Mobdro app to be ported for their gadgets.

Please share this post with your friends if you found it informative. We would love to know what you think so kindly leave a comment below.